Manchester Metropolitan University's Met Magazine uses stories of success to encourage more people to become ambassadors and advocates. We worked with MMU to help unlock PR benefits through brand storytelling, ensuring Met Magazine, reaches its full potential as a marketing tool. This was recognised by the CIPR NW in 2017 as it secured the Gold award for Best Publication.

One of the largest universities in the UK, MMU has a global network of 280,000 alumni living in 130 countries.

The breadth of content from across its faculties is extensive and varied.

The challenge was to provide key stakeholders and potential advocates with a memorable insight into what makes Manchester Metropolitan a world-class institution. 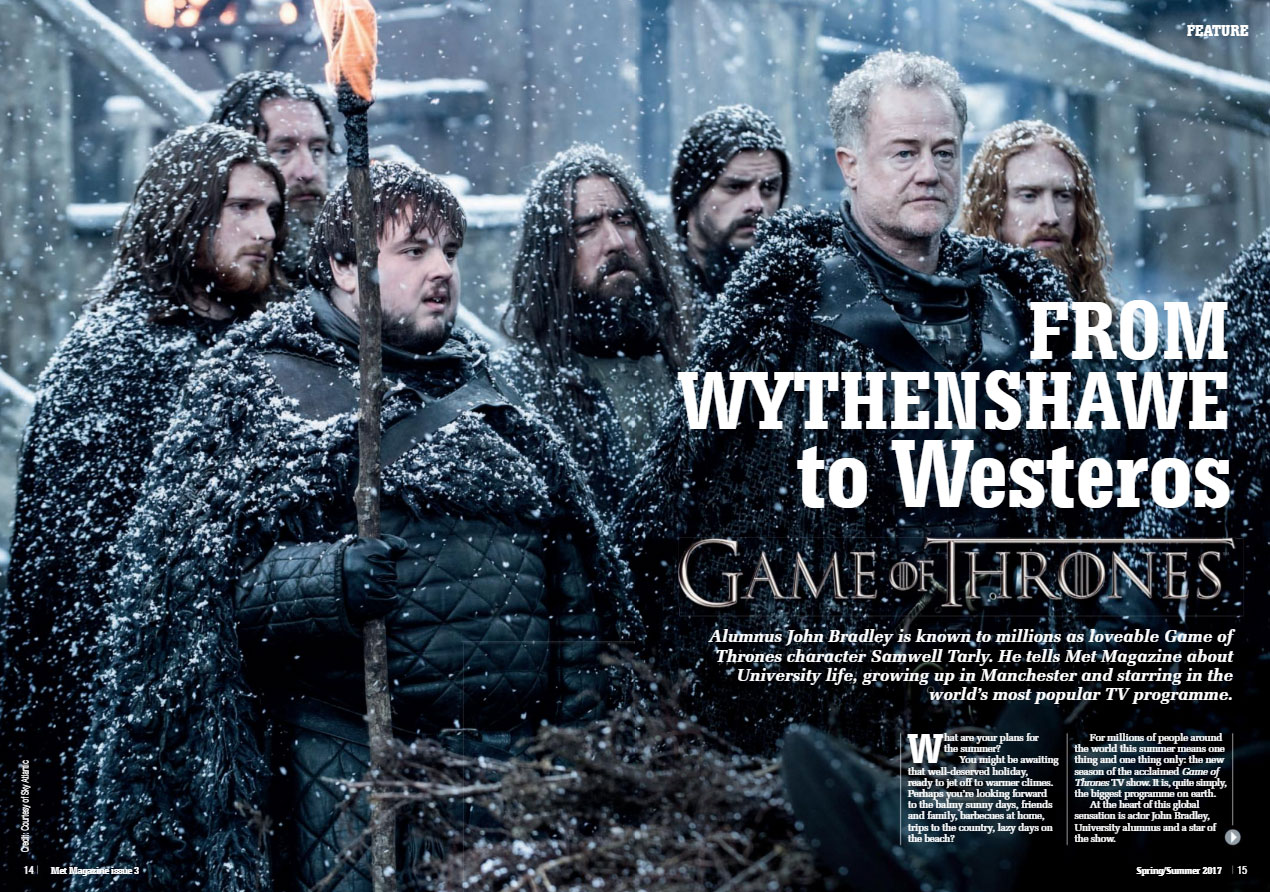 We conducted a review of the first edition of Met Magazine, considering both editorial content and design.

Working as an extension of the university’s in-house communications team, we attended editorial meetings and helped identify content that would reinforce objectives.

Met Magazine has a circulation of c 27,000 printed copies – and a strong aesthetic. It is designed to stand alongside paid-for, mass circulation titles in terms of editorial standards and creativity.

As a result of the partnership with MEN Media, 4,000 additional copies of Met Magazine are distributed to airport business lounges, central Manchester business districts and public buildings.

It is a strong example of brand journalism, using stories of success across the university to encourage more people to become ambassadors and advocates with reader responses recorded via qualitative surveying.

After reading Met Magazine, 32% recommended Manchester Metropolitan to a potential student or family member; 28% looked at postgraduate courses; 32% visited the University’s website; and 24% updated their details with the alumni office; 2% made a donation to the University; 6.3% volunteered for an activity such as mentoring or speaking.

71% of alumni said that receiving the magazine strengthens their connection with Manchester Metropolitan University.

Won the CIPR NW Gold award for Best Publication in 2017 and was shortlisted in the CIPR Excellence Awards in 2018.

The magazine is fantastic and has been extremely well received. It provides us with a significant return on investment in terms of incredibly positive PR and sentiment towards the University. It is one of the very best magazines of its type that I have ever experienced in the Higher Education sector. I feel proud to be associated with it.

Kick-starting the affordability discussion in the North West

Out of the top 100 most deprived areas in the UK, 48 are located in the North West. Many of United Utilities' customers are in debt or struggling to make ends meet. These individuals want to pay their way, but without the right help end up falling behind on bills and getting into greater difficulty.

National profile for a challenger brand

Arden University wanted a programme of PR activity to: challenge perceptions of online learning amongst students and academia; build national profile; and strengthen its reputation as a quality provider of UK university qualifications by distance learning. This education campaign received full marks with impressive coverage from a standing start.

Talk to us about public information & consumer