A cost-effective social media campaign that delivered measurable results within a tight timeframe.

The United Kingdom Homecare Association (UKHCA) is a not-for-profit body representing over 2,000 homecare providers. It wanted to invigorate public support and find a new way to raise awareness of the pressure on funding for homecare services.

In the lead up to the Government’s Comprehensive Spending Review (CSR), the UKHCA wanted to achieve 10,000 signatures on their official Government petition to seek a Government response to – all within a tight timescale of six weeks. 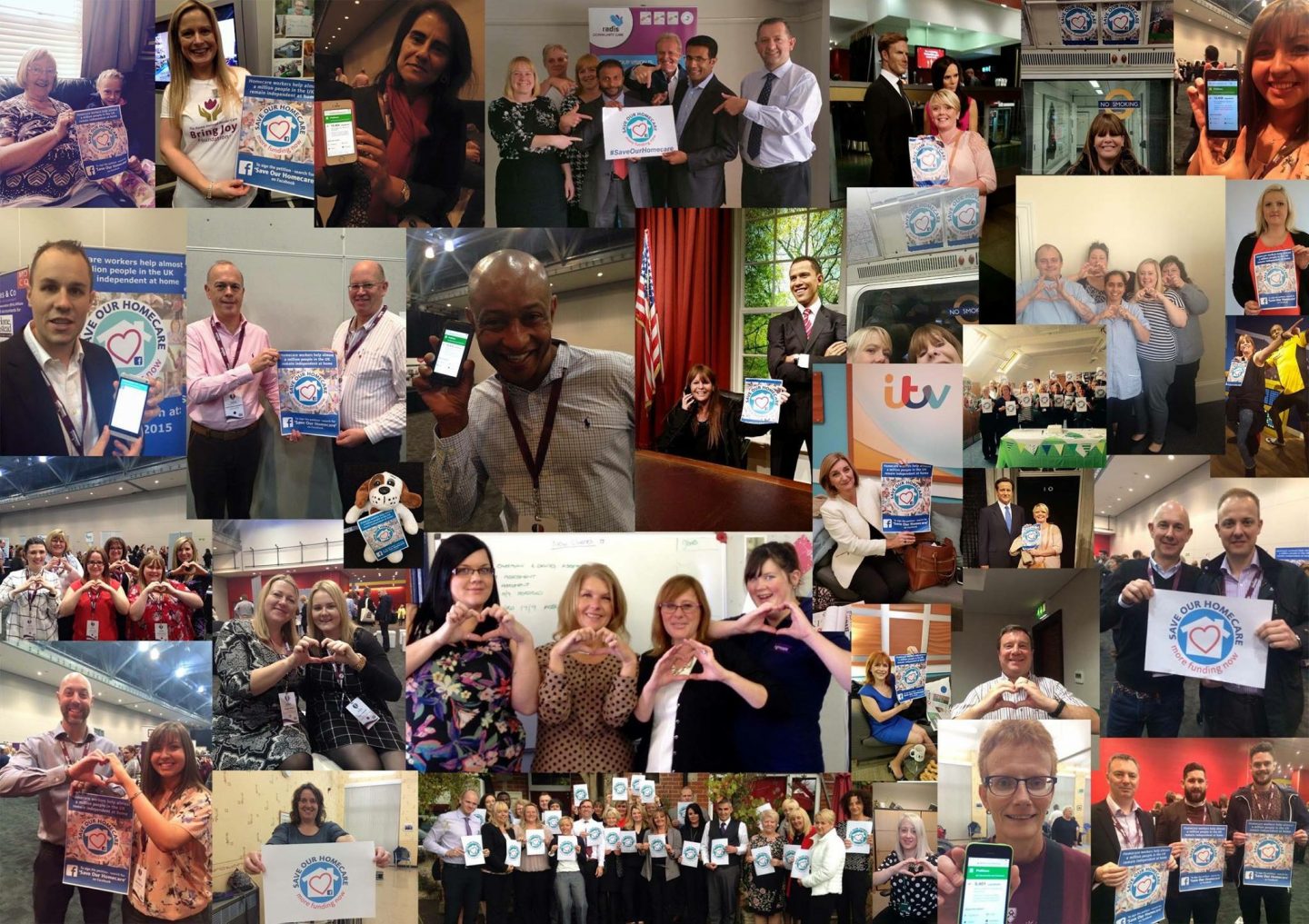 With a goal of achieving 10,000 e-petition signatures in six weeks, creating an intensive social media strategy to maximise audience reach was crucial.

We created a Save Our Homecare logo for this ‘hearts and minds’ campaign which contained key messaging and emotive identity making it instantly recognisable.

The campaign primarily targeted Facebook as it was identified as the most popular channel to reach the target audience – people working in the NHS, the general public and supporters of health charities.

Interaction was encouraged through a dedicated Facebook campaign hub populated with real-life homecare stories, videos and easily shareable images. User generated content was driven through encouraging engaged organisations and individuals to take selfies with the Save Our Homecare logo. Facebook advertising through promoted posts was used to further 2 drive engagement and petition signatures, with constant monitoring and refinement allowing us to maximise engagement and cost-effectiveness.

More than 11,000 people signed the e-petition during the initial six weeks, exceeding our target by 10%.

Due to the success and to sustain the momentum of the campaign, it was extended to a second phase which took the number of petition signatures to 22,000, exceeding our target by 2,000.

The cost-effective campaign surpassed all set objectives within the budget, delivering a clear business outcome for the UKHCA by generating public support through petition signatures.

This well-planned campaign with measurable results enabled the UKHCA to enter new territory - in both 'hearts and minds' campaigning and, at a technical level, in introducing us to Facebook as a cost-effective channel.

This was an intelligent campaign that created stand-out in the crowded NHS news agenda. Through original research, we enabled EMIS Group to take ownership of a topical issue and contribute new thinking to the debate.

An international media relations campaign that raised the profile of healthcare app – Miiskin - on several continents and aligned the technology with an important public health message.

Talk to us about health & social care