Today Twitter turns 10; our Senior Consultant Sarah Tarmaster takes a look at the platform’s 10 defining moments and where it can go from here. 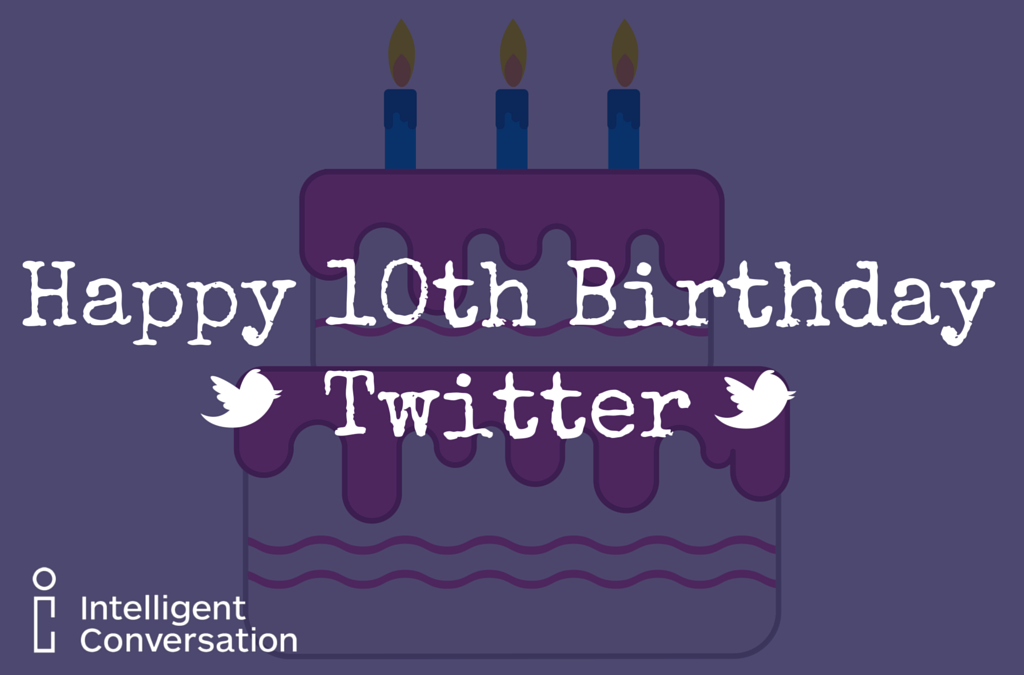 Happy birthday Twitter, today you turn 10. What have you learned in your first decade?

Today Twitter turns 10 and can mark the occasion boasting an impressive 320 million active monthly users, but I can still remember a point when I thought Twitter was ‘for the kids’. It was about six years ago that I gave in and joined; since then I’ve seen it grow from a niche social platform, to the second largest social network.

The micro-blogging site has had a tough 12 months; calls for more action to be taken against trolls, a tail off in new users, a spate of high-level resignations and the #RIPTwitter reaction to a re-ordered, non-chronological timeline.

So what has defined the social platform over the past 10 years? Here are 10 things you need to know:

Twitter has come a long way in 10 years, but as advertising profit becomes important to the platform, it needs to attract more active users to demonstrate ROI for the brands who advertise with it. This will inevitably means changes to the social network, which users may not like. A common accusation is that Twitter is becoming too much like Facebook (GIFs in posts, videos, tagging in pictures and the rumour of the scrapping of the 140 character limit).

Twitter needs to adapt to survive and users need to understand that change is inevitable. Whilst I’m pretty happy about being able to tag people in images and upload GIFs, I’m worried about the scrapping of the 140 character limit. Twitter needs to make changes, so borrowing good ideas from other platforms is great, but it should also celebrate what makes it different (because that’s why we love it).

Will Twitter survive the next 10 years? And what changes will this mean for the platform? We can’t wait to see.