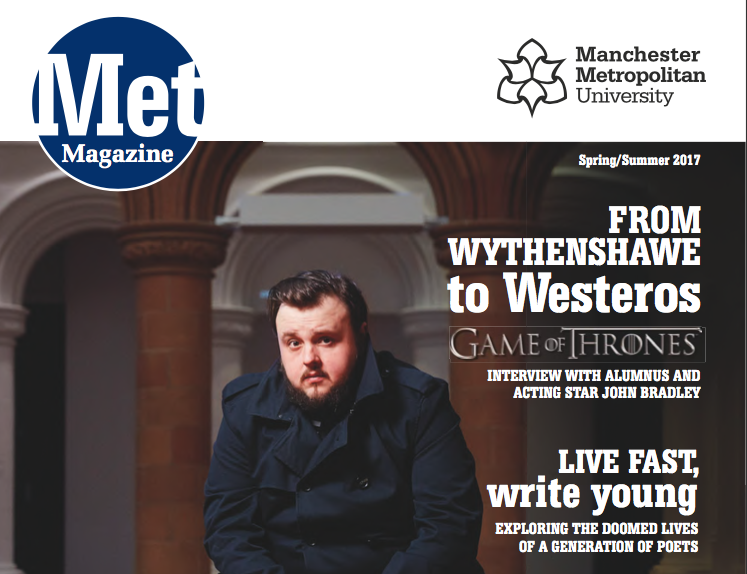 "The publication generated specific outcomes as well as outputs and had interesting and varied content.” CIPR PRide NW judges

We’re delighted to announce that Met Magazine – a joint project between Manchester Metropolitan University and Intelligent Conversation – has been shortlisted in the 2018 CIPR Excellence Awards.

The magazine is one of six shortlisted for Best Publication in the national awards, which are organised by the Chartered Institute of Public Relations and celebrate the highest achievements of the PR profession in the UK.

In November 2017, it won the Gold Award for Best Publication in the CIPR North West PRide awards.  Judges said: “The publication generated specific outcomes as well as outputs and had interesting and varied content.”

The high-quality printed magazine was introduced by Vice-Chancellor Malcolm Press in 2016 as a new initiative to engage with key stakeholders, influencers and potential advocates.

IC worked with the University’s press office to review and further develop the successful format, which mirrors the aesthetics and editorial standards of a quality consumer title.

Research shows it has delivered high levels of engagement with the target audience: in a survey of 649 alumni readers in November 2016, 71% of people surveyed said Met Magazine had strengthened their connection with the University and 32% went on to visit the University’s website.

The awards ceremony takes place in London on 6 June.